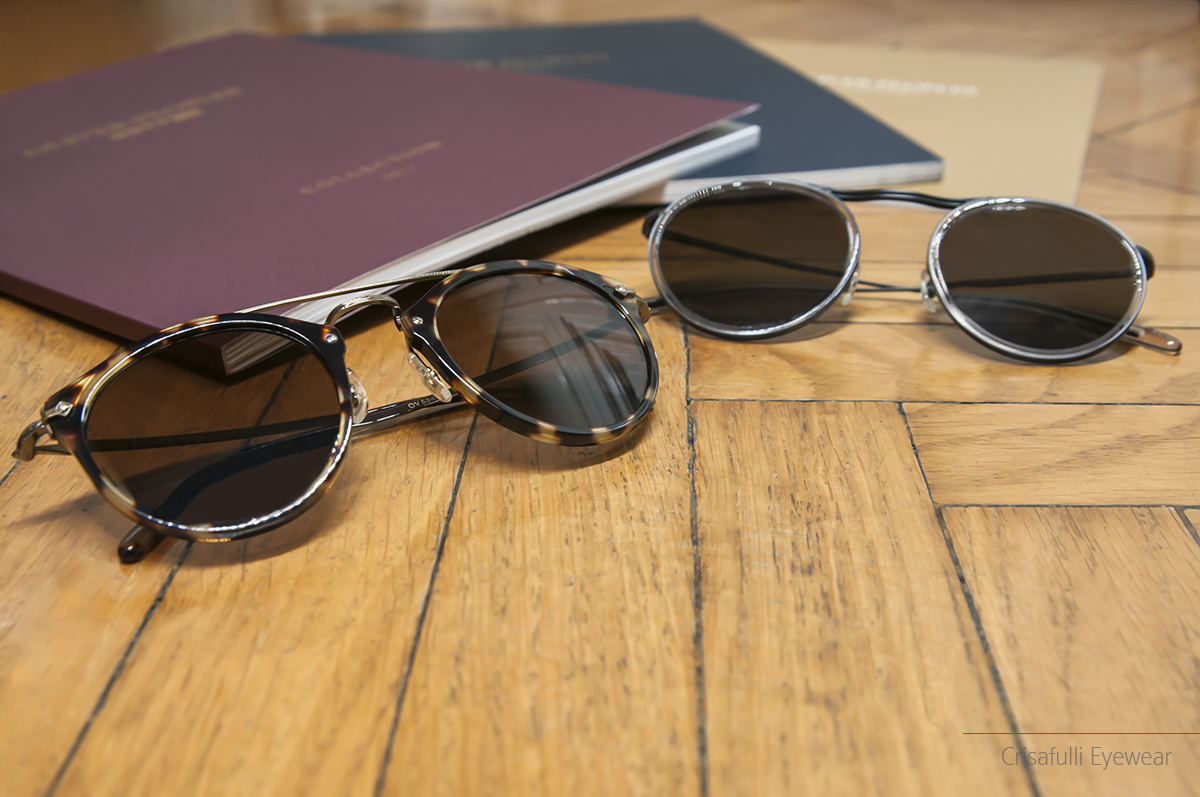 New products, stories about the art and craft of eyewear and studies on human vision: a small journey into the world of optics and vision from Crisafulli Eyewear

The two founders, Anne et Valentin have begun to create collection after collection in the spirit of the constant renewal of forms and colors that has brought them their beautiful current creations.  Captivating geometric cuts, brilliant colors and materials of the highest quality for Anne et Valentin eyewear. Between spontaneity and meticulous planning, the collection has traveled in just a short time through all of Europe, the United States, Canada, Japan, and beyond. A collection studied down...

Discover the future of eyewear with exclusive Iconics from Porsche Design

Porsche Design recently launched three absolute novelties in the world of eyewear, aiming their reflectors on their unmistakable style and distinctive philosophy of elegance and brand design.  The first model of the Iconic Porsche Design line is Hairband, a unique frame design that can be worn either as glasses or as an accessory for glamour hair that emphasizes an urban, ultra-modern look.  A...

Almost all the VIPs are die-hard fans of sunglasses. Their motives are many: Rihanna in order to hide bloodshot eyes from the merrymaking of the night before, Angelia Jolie uses them to avoid photographers’ flashes, Bruce Willis and Brad Pitt wear them only because they’re stylish. But the choice must be closely studied, and in this case, all four have one name in common: Oliver Peoples. But...

The actor Samuel L. Jackson has a penchant for exclusive eyewear European production. Several times he was photographed with luxurious Gold & Wood wood, for example. Here, however, his choice fell on a French model Anne et Valentin. It is an original form which gives personality to his face in a unique way with his style from rètro flavor... Read more.

Madonna in Miu Miu at the Venice Film Festival

Miu Miu sunglasses seem to have struck again! This time, however, we’re not talking about one of the extremely common fashion victims, but of a star that has made, and continues to make, world music history known as well for her sudden style transformations! Who could we possibly be talking about if not the eclectic and fabulous Madonna, singer, actress, and so much more? Let’s discover her... Read more.

Sunglasses: among VIPs they’re a must, even in the winter, even if there’s no sun VIPs now wear sunglasses in every season, without looking anyone in the eyes, without worrying about the weather, whether it’s raining or foggy. In order to try to blend in with the crowd, to render themselves more mysterious, or even to hide bags under their eyes or black eyes after a fun night, or a small surgery... Read more.

Pippa Middleton is now one of the foremost trendsetters of the moment: plus, class is not water, and she knows how to carry herself. Her mother taught her every rule about society. So Pippa, in a gray London where the sun hardly shines - especially in November – wears a pair of black sunglasses. In order to protect herself from the rays of the clouds or, perhaps, to prevent insidious crow’s feet... Read more.

Il nostro sito web utilizza cookie tecnici per offrirti la miglior esperienza di navigazione possibile. Proseguendo nella visita, daremo per scontata la tua accettazione.
We use technical cookies to offer you the best experience on our website. If you continue your visit, we will assume that you are happy with it.OKPrivacy Policy